ROAD BEYOND THE VIEW 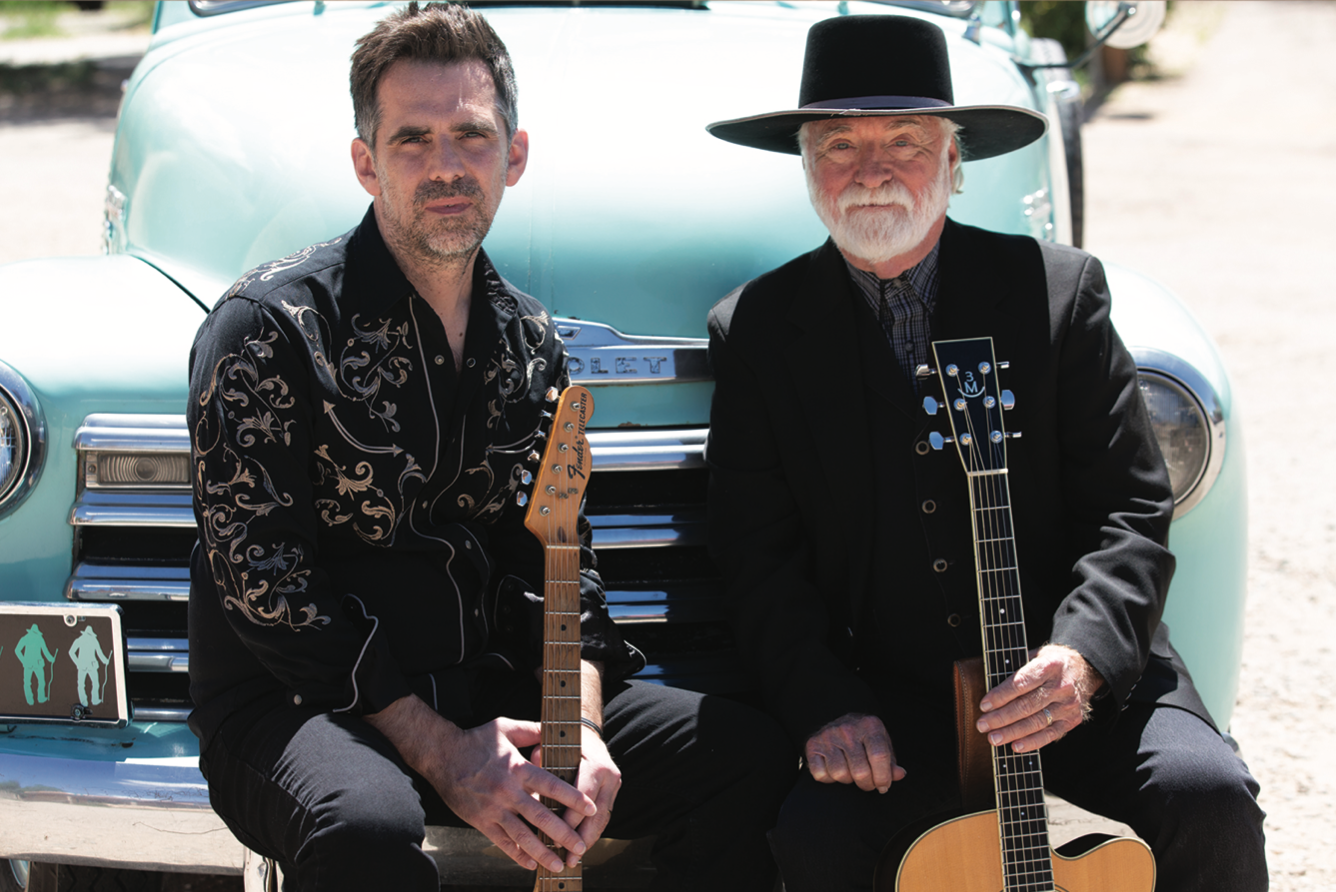 CUSTOM JAVASCRIPT / HTML
Announcing the release of my album collaboration with another artist-  my son, Ryan Murphey! The album is called THE ROAD BEYOND THE VIEW!
Ryan became lead guitar player and vocalist in my RIO GRANDE BAND at age 17. We did a duet on "Talking to the Wrong Man" in 1988; it was a hit single! By 1998, he was helping me produce albums, yielding a Best Album Grammy nomination. Ryan has continued to co-produce, played guitar and mandolin, sing duets and background vocals and collaborate on songs. Neither of us knew where it would lead. Now we know! It's an album called ROAD BEYOND THE VIEW.
ROAD BEYOND THE VIEW is the result of the love Ryan and I share of our home region-the American West. Ryan grew up in Austin, Texas, Colorado and New Mexico He was a child when I founded the Southwestern and Texas Music Scene-centered in Austin- with Jerry Jeff Walker, Willie Nelson, Guy Clark, Waylon Jennings, Kris Kristofferson, Townes Van Zandt and many others. Today that scene is the subject of the most popular exhibition in the history of the Country Music Hall of Fame: OUTLAWS AND ARMADILLOS.

There's a reason why the most successful music and arts festival in the world is called SOUTH BY SOUTHWEST- not the "Austin Arts Festival"! That festival is all about the whole Southwest- and Austin, the capitol of Texas, being the center of activity of Southwestern artists, film makers, and the tech and communications that grew with it.
We worked with Southwestern artists for the ROAD BEYOND THE VIEW album cover and package- a painting by Ed Sandoval and the photos by Bill Curry. The songs on the album are about my wanderings with my son among cultures and landscapes that inspired the artists who chose to gather around the original Austin Art Colony - regions of  TEXAS, COLORADO, WYOMING, OKLAHOMA, ARIZONA, UTAH, NEVADA, KANSAS,  CALIFORNIA - NEW MEXICO and SOUTHERN COLORADO- my second home for a lifetime!
ROAD BEYOND THE VIEW is a musical version of what Americana painter Georgia O' Keefe was trying to achieve in her work. From the beginning, I set out to be a wandering poet of the Southwest. Mission accomplished!- ROAD BEYOND THE VIEW
This is officially the Pre-Order exclusive for my direct fans, full public release (Digital/stores) to be announced at a later date. 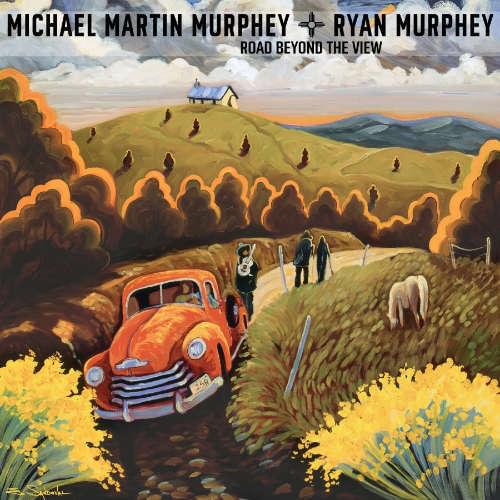 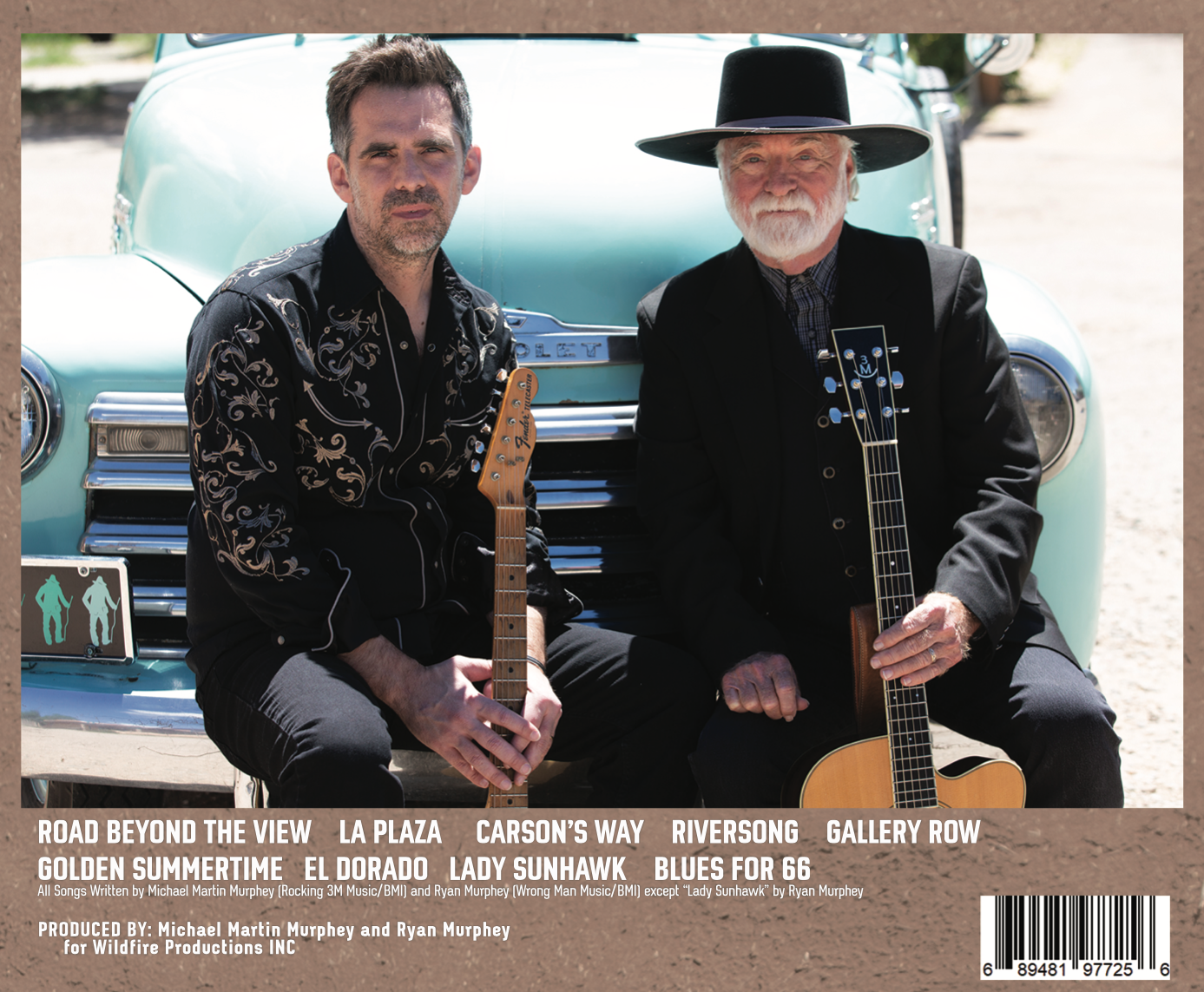 BUY NOW FOR
ONLY $14.99
Includes Shipping & Handling and a digital copy emailed after purchase.

AUTOGRAPHED COPY: : Get your copy signed by Michael Martin and Ryan Murphey. We have a limited number of signed copies available at $35 additional charge, and as a bonus, we're including the Wildfire Greatest Hits CD too. Just check the box to add to your order!